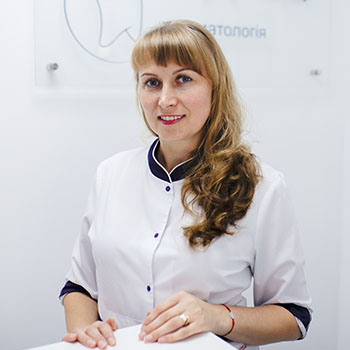 2000-2002 - Internship as a dentist at the Starokostyantyniv Central District Hospital.

2002 - The title of doctor-specialist in speciality "Dentistry" was assigned (confirmed) by the Attestation Committee at the Vinnytsya State Medical University named after M.I. Pirohov.

2002 - 2010 – She worked as a dentist at the Ivano-Frankivsk Forestry Complex of the Ministry of Defense of Ukraine.

2007 – She was qualified in specialty "Dentistry" and assigned the IInd category by the Attestation Committee at the Ivano-Frankivsk Department of Public Health.

2010 – She was awarded the title of specialist-doctor in speciality "Organization and Management of Health Care".

2010 – The position of head doctor, dentist at the Dental Clinic of Private Enterprise “DIODI”.

2017 –  Awarded the highest qualification category in the field of "Dentistry"

To order a call